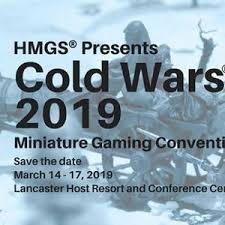 I went 2-1 over all. Zero pictures were taken.
First game was Orks with special mission Strike. This one went pretty much as planned. I won 4-2.
The 2nd Game was fixed. This was the other special mission. In it you had to hold objectives. The pre plan for this mission went exactly as planned. I had Brady's Iron Warriors. Earlier we got a primer in at 6 feet under. I knew his list and what to expect. The only change was a larger Artillery detachment and all dreads in the drop. The game was over at the end of turn one. We played two as a mopping up action and never played 3.
Not playing turn 3 was a mistake. Those turn 3 points were points towards tourney placement. I was not thinking of the tourney. I was thinking about my mate having to suffer my bullshit for another turn. So we called it. Some how I ended up playing for first.
Game 3 was standard tourney gaming  I lost to Andy for 1st place. Another Tau player. (he won last year) Our armies differ in Inf Vs Armor. Both rail gun heavy. I think we were even activation wise. Andy's Tau had superior range and mobility. I was found lacking. It took 4 detachments to get his BTS. My right flank Path Finders failed every activation for the game. I got BTS. Andy had TSNP, DTF and T&H. 1-3


Surrounding enemy units with recon forces or scouts develops an enveloping action which upon breaking the enemy means they auto kill.
Pathfinders have the sniper ability. Which is a -1 and you can pick out a target. Using sniper and the crossfire ability you can place a double negative on the supreme commander's save. This usually means of the supreme commander is smoked.

Stealth suits in a double envelopment where both teleport in and surround the enemy will cause them to break by the disrupt ability once they break they can not escape and are eliminated.


So this is the end of my Tau days. I am moving on. My mates are sick of facing them over and over again for the past 4ish years. Next I will be bring out the Nids and World Eaters. See ya at AdeptiCon.