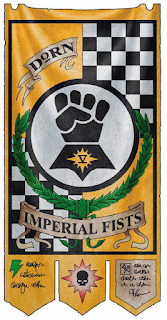 I got sent out to Cali to battle a dumpster fire of an installation. Lucky me, I meet an epic play at AdeptiCon and that dude is within 30 minutes of our customers out in Cali. I told him the next time I was out we could get a game in. Little did I know that would be the very next week.
The Fists are on the road. They are the easiest to pack and small enough over all to travel for work. The Imperial Fists are self contained in 1 chessex case. It is a plus 1 small chessex case for the bunkers and trenches. Those Chessex cases are the most airline friendly, bullet proof mini protectors I have found. My chessex have flown world wide without issue. 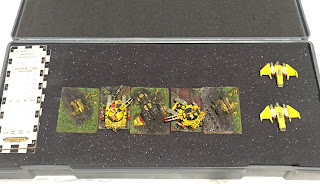 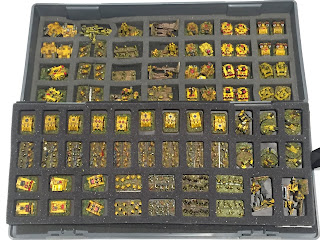 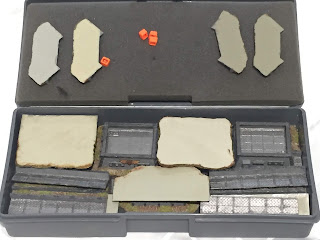 Some how I forgot to pack the Epic marker box. I had no blast markers or any other tokens. I do have tie wraps in huge quantities. So for blast markers I cut the zippy end off 30 orange dudes.

Today is a pick up game with Bryan. All the terrain is from his personal collection. We are at the Santa Clara location for Games Kastle. I found out that they are a franchise and they are multiple locations in the Valley. Sucks for one who doesn't know where they are or are going. The web site is useless. I had to search for the store's address. 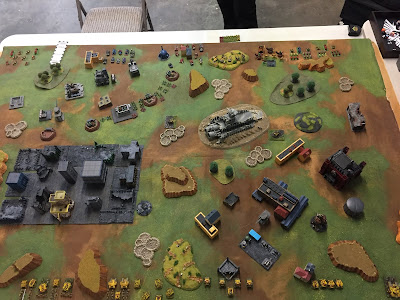 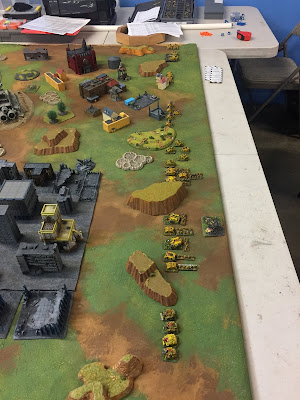 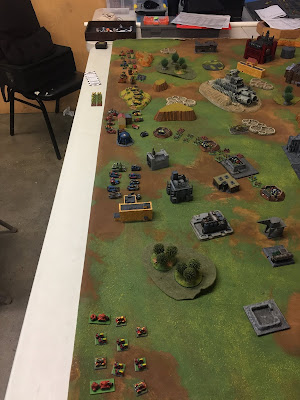 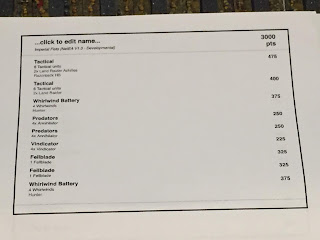 IFs  2 - 0  over the Orks. DTF & TSNP. My predators routinely fired everything and scored 1 or 2 hits out of 12 attacks. Maybe the Tau blue dice should be retired?  There is no proper report, as it is a work trip pick up game.  Once again I failed to take enough pictures. 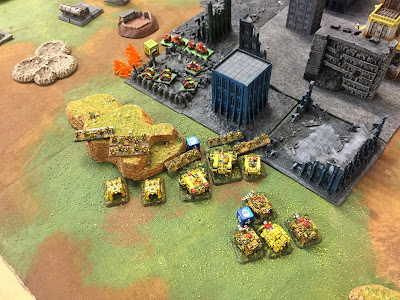 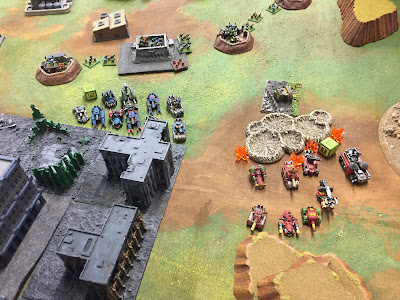 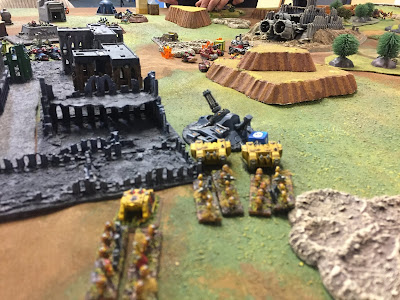 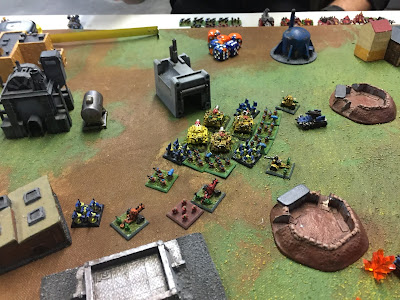 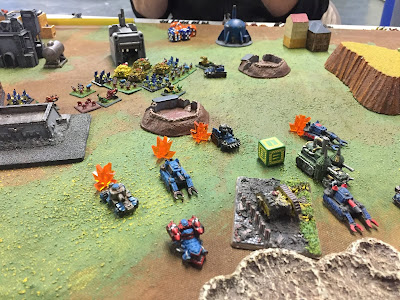