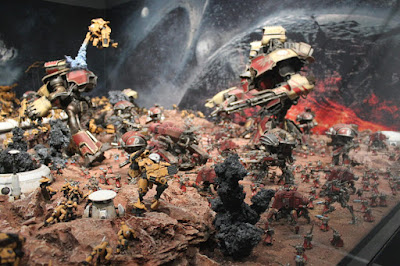 I normally run one detachment of Stealth. They are very effective and well worth the points. I the giant suit list, I run two detachments with ghost keels. And I was fine, fat dumb, and happy. Then good old Kal opened his mouth. During our after game chat about lists, mistakes, and the behavior of our dice; he said "if I was you, I would run multiple stealths."

Maybe it had always been that way because I had only one detachment. FW stealths are very rare. One of the few items I have never seen floating. 3D printing changes everything. There is no way we don't go to a print on demand, like renting a movie, in the future. 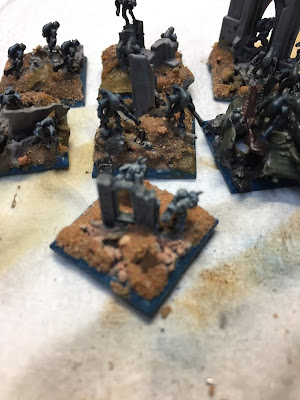 I printed a detachment about 5% larger. I have no idea how big a stealth suit is? It must be larger than a regular old Tau man/girl/fish alien. You can see the FW Tau dudes in front. My prints would 7.5 feet if a Tau was 6 foot. The difference is my prints are the new style stealth suits where FW was the 2003ish style. Or an infantry man with extra gear not a whole fancy suit thingy. 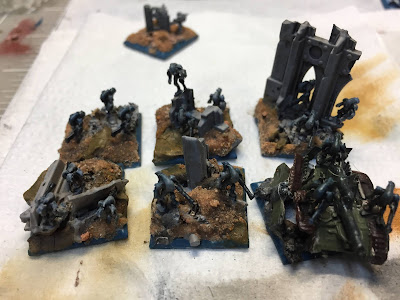 So thanks Kal! Here is another stealth detachment. And they don't fit in the case, jerk! Its full. 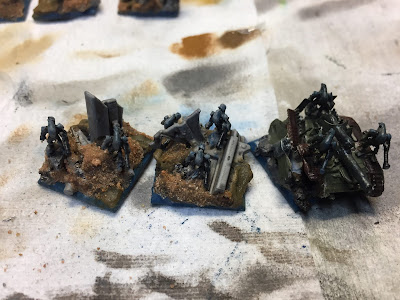 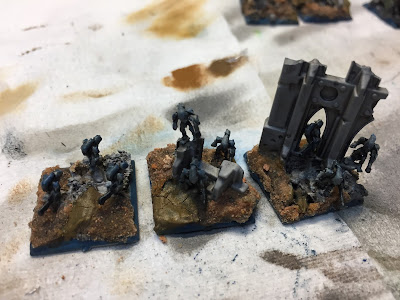 And two of these fighting position/tower thingies. I pretty sure the Imperial Fist list uses them. 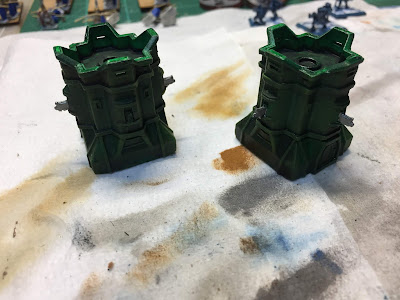