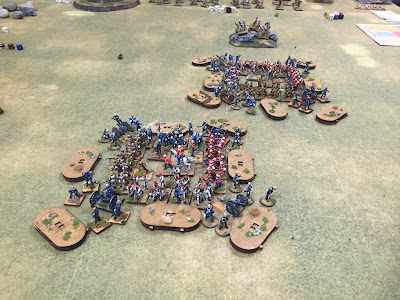 My next game was 20mm Sudan. The GM made up his own rules. They are really pretty good. They were a mix of black powder and Sands of the Sudan and RF&F. Square battle mat based movement and ranges. Ranges proved difficult as kitty corner shots were never calculated the same. The leadership and how to kill a leader was not so convention friendly.
Otherwise it was a good set of rules. I had a handle half way thru the 2nd turn. My side of the table was playing faster. I had a good time and appreciate all the effort he took painting those dudes up.
I have more painted than him today. With the exception of Naval Brigade.  Maybe I should think about a game for Cold Wars! 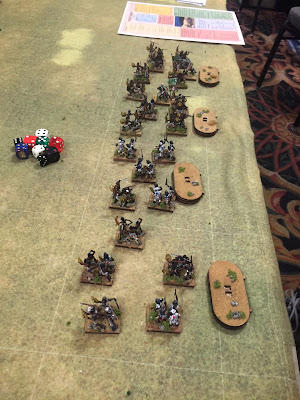 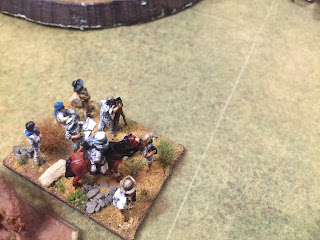 The dial counters were a good idea.....until assault occurs. Then they just get in the way and none remember which one goes where. 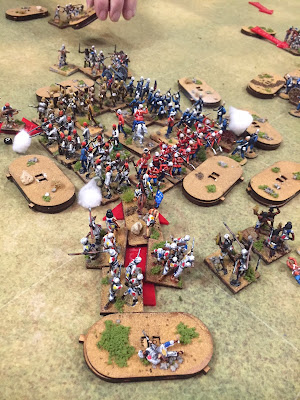 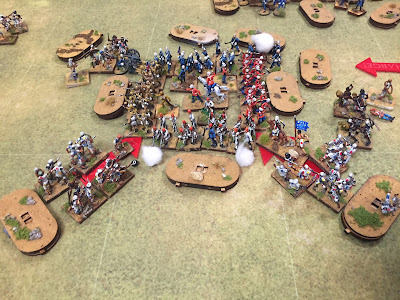 The square being assaulted on the corners. 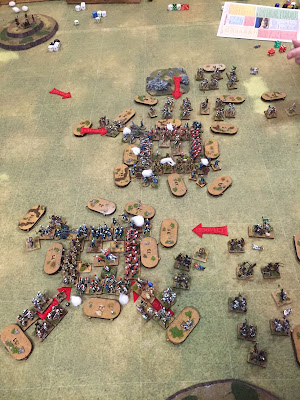 British squares collapse as the Naval gunners take the worst of it. 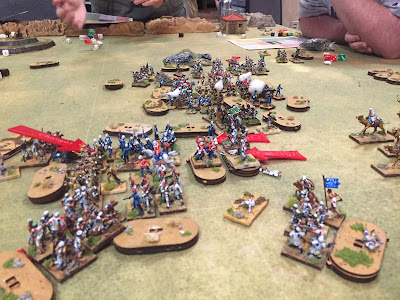 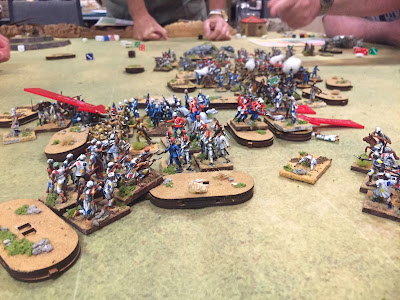 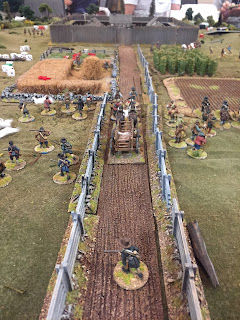 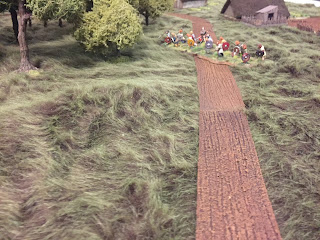