Kal hosted again. The central PA group is trying to establish at the least a month gaming event. Last month we played Epic. This month it was Warmaster for me. Kal and Shawn played Epic later. I was strapped for time and could only get in one game.

Tomb Kings took the win. So how Kal's general got bounced into a locked combat with only single stands left. The dice revolted, the general died, and that was that in turn 5. 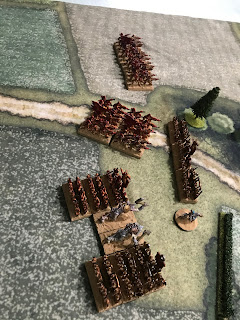 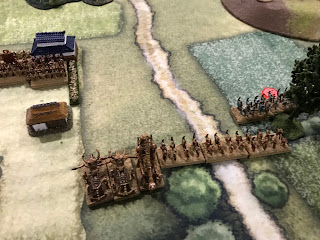 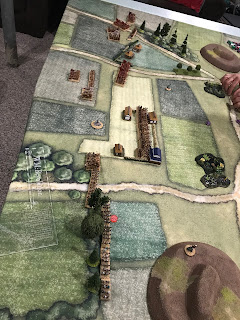 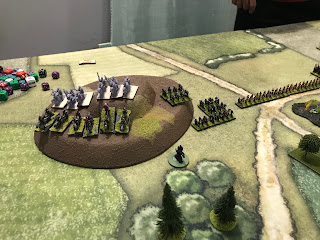 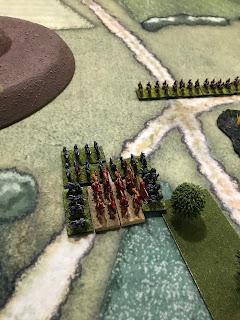 Email ThisBlogThis!Share to TwitterShare to FacebookShare to Pinterest
Labels: Warmaster