I have not played Epic in 6 months. Or longer! It has been so long that I thought I was getting myself lost going to Kal's house. Did I miss the turn. Its not this far. This does not look like the way.

It has been so long, I was worried about remembering how to play. when looking at what to bring. World Eaters and Nids became massively complicated. I couldn't make a list for the Fists. I didn't want to take an old tourney list, this was a dice throwing event. Not a smash mouth tourney work up.

So I pulled the Tau out of retirement. I was thinking with a shoty memory I need an army that didn't send me to the QRF for every roll. No one wants to be dragged along another failure to perpare one's self.         With the blue fish, I dusted off the broken shelved Tau big suits. I played the Riptides and friends at AdeptiCon one year. They smashed everyone to pieces. They were extra broken.

After that event the suits never came out again. Until this Sunday. I sent Kal my list ahead of time. Kal took out his point ears. He was loaded for bear. All RA with meltas. 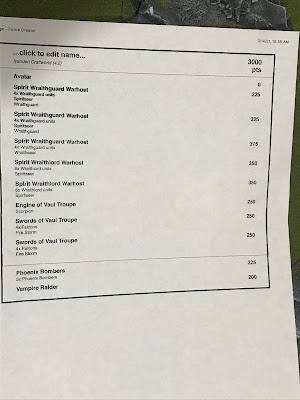 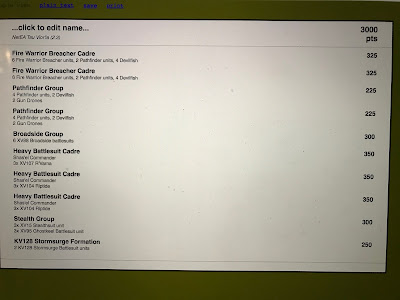 It wasn't that my dice were hot. I still failed 9 activation in the 3 turns. One group of Fire Warriors failed every time. I failed 4 activation in turn 3 in a row! Cross fire, marker lights, and 2 hits 1 kill out of 9 dice? 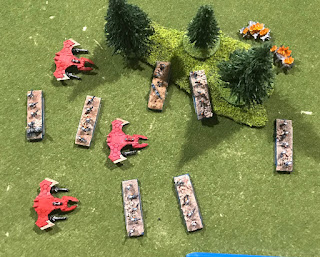 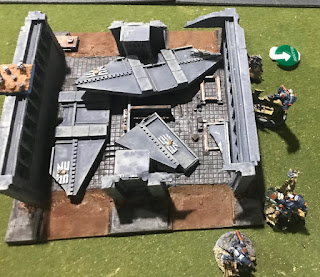 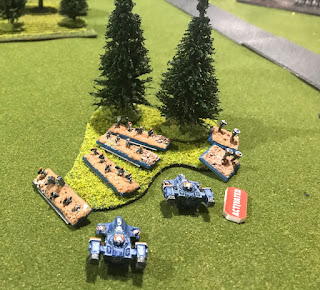 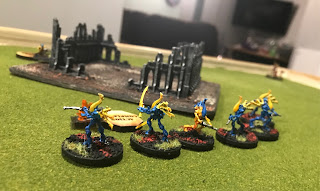 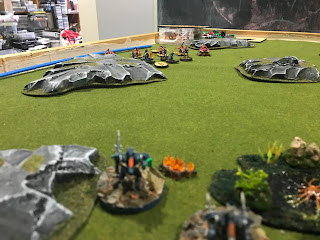 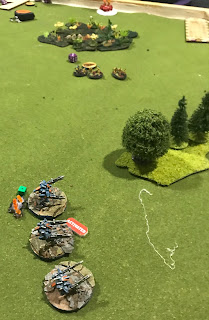 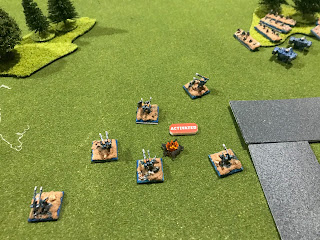 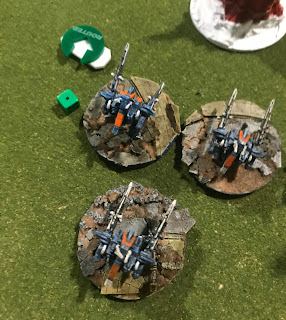