As usual I started off strong with the picture taking. Then quickly failed to continue. Only a few pictures from Turn 1.

We were at 6 feet under games again. Their gaming tables are very nice. Gaming mats cover the playing surface. Being made of mouse pad material, I must remember to bring a box to roll dice in. 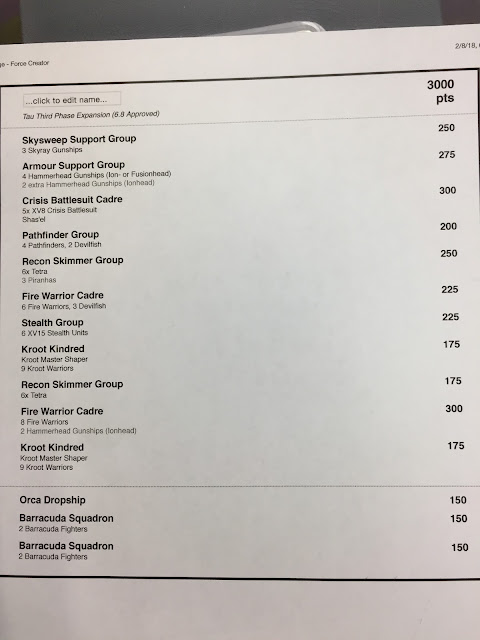 I had some problems to start off with. All my Fire Warriors didn't make it back into the case. They were out for repairs. I fixed and never put them back. So, the 8 FWs with two Ion heads became 6 FWs with Devilfish. (1 pathfinder subing in for a FW).

*Kroot spilling out of an Ocra into assault is a crap shoot. Next time, they will be fielded as scouts.
*Skyrays will never be taken as a detachment again. Next time, they will be split up as 2 upgrades.  Too easy to break and its a marker light that does not get used.
*FWs with 2 Ions heads as an upgrade stiffen that detachment up nicely.
*Recons with the 75 point for 3 Piranhas needs further testing.

Kal had a rough go. He had me thinking I was going to be tabled in turn 2. Turn 1, my right flank was gone along with my Blitz. I was getting rolled up.
Then his dice went stone cold. 3 engagements in turn 2 saw me rolling box cars. Every save he failed, the reroll failed. I made 80% of my saves and only failed 3 activations al game. (never remembered my SC's reroll) All the critical hits I rolled for, popped his shit. 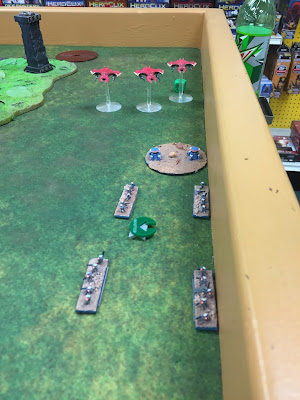 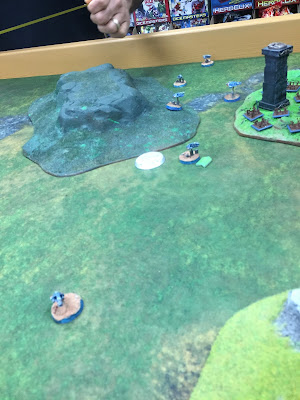 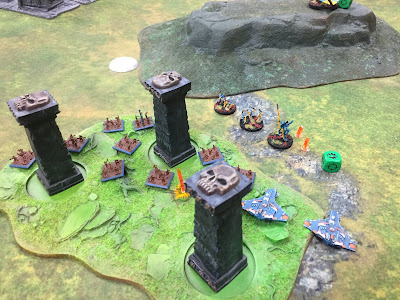 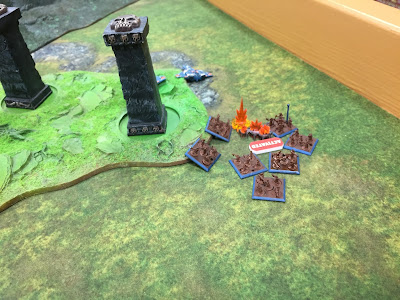